(Does this count as a pinning scene? Haha, actually I had another one in mind but I figured it was too much of a spoiler. It’ll be featured later on in this post. People who have played Toma’s route will know which one I’m talking about).

Toma has an older brother type of personality and he enjoys taking care of the heroine and Shin, since he considers them to be his younger siblings. However, his feelings toward the heroine are more than brotherly and he clearly seems to protect her with an intensity that borders on being scary. He’s almost the opposite of Shin in that he always has warm and kind things to say to the heroine.

END_OF_DOCUMENT_TOKEN_TO_BE_REPLACED 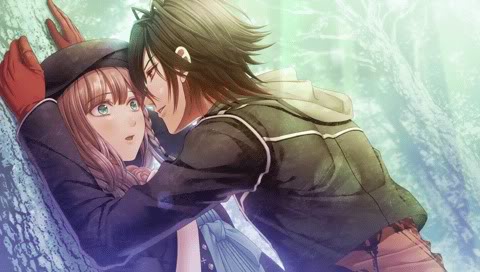 (I’m keeping to the tradition of having pinning scenes up at the top, haha).

Shin has a really rough character. He’s blunt to the point of being rude and can be very strict. His favourite word is “idiot” which he calls the heroine a lot, but his affection for her can be easily seen. He doesn’t hide the fact that he thinks about her a lot and he takes his job as her boyfriend very seriously. He doesn’t have any friends apart from the heroine and Toma and he comes from a poor family. His bad ends are just bad and don’t reveal much of his character, but his normal end is just as good if not better than the good end.

Same deal with Ikki’s route. Lin meets Orion in the blue world and learns that she has lost all of her memories, but that he’ll tag along inside her heart and help her gain them back. This time, she chooses to return to the world of Hearts.

END_OF_DOCUMENT_TOKEN_TO_BE_REPLACED

Ikki is a very devoted and affectionate man. Although he seems like a playboy at first glance, there is much more to his character than is first revealed. His route focuses a lot on his story and his eyes and not much is revealed about why the heroine lost her memories. However,  the fact that the story is focused on Ikki doesn’t make his route any less enjoyable. He genuinely adores and loves the heroine and the depths of his affection can be clearly seen in his bad and normal routes.

END_OF_DOCUMENT_TOKEN_TO_BE_REPLACED 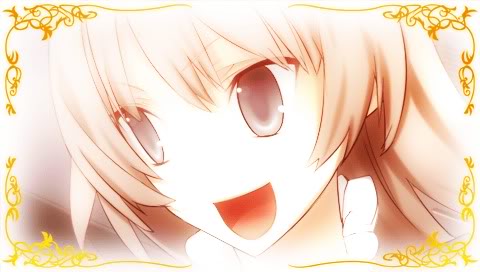 Kaho is Sayo’s precious friend and she doesn’t hide her own affection for Sayo. She is very talented at cooking as well as being talented at making accessories like corsages. She loves to make food for Sayo and just take care of Sayo in general. Kaho is a girl who enjoys cute things and knows that she’s adorable as well.

(This post contains Kaho’s route as well as all the missing scenes after having gone through everyone else’s route. These missing scenes involve using the Kotonoha words that become unlocked as the game progresses).

END_OF_DOCUMENT_TOKEN_TO_BE_REPLACED 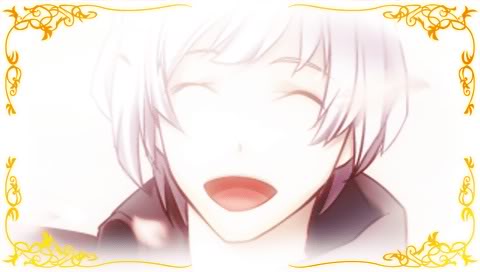 Chiyo’s personality can be likened to a puppy. He doesn’t hide any of his feelings and is enthusiastic in everything that he does. He clearly has affection for Sayo, but there’s a mystery with who and what he is because he doesn’t remember who he is. He’s also a childhood friend of Nanaki’s.

(Chiyo’s route unfolds exactly the same way Nanaki’s route plays out, therefore I’m only writing out the bare minimum of details and the differences once they start happening).

END_OF_DOCUMENT_TOKEN_TO_BE_REPLACED

Ao’s character is complicated. He is very emotionless and tends not to show any of his thoughts or feelings, because of this he can be painfully blunt in both his actions and words. Like most other characters, he has his reasons for wanting to do things even if I disagree with most of them. He can become quite obsessed with certain things. He enjoys sushi, hates spicy things, has an interest in Japanese culture, and loves to read books to learn about everything and anything.

(This route also includes the rest of the Shinigami to Shoujo picture book and the Atogaki).

END_OF_DOCUMENT_TOKEN_TO_BE_REPLACED

(The opening menu changed after I finished Tooya’s route and I was just going to put it here, until I realized that it might count as a spoiler. Instead I decided to use this picture instead of using Tooya’s “Dear You” message because he looks hideous there, haha).

Tooya is a very devoted man. He always creates time to listen to Sayo and read her books as well as making her food. He gets jealous easily, but also is mature and rational enough to let her make her own choices and make her own friends even though he doesn’t get along with Ao at all. Tooya is very affectionate towards Sayo and it is easy to see that Sayo is his everything. He is a man of mystery though and when everything is revealed, the true depths of his love for Sayo is also revealed.

END_OF_DOCUMENT_TOKEN_TO_BE_REPLACED

(The choices that I’ve chosen in this route allow me to switch to another character’s route with as much minimal disturbance to the storyline as possible, therefore all posts after this one will start at the point of the story where they start to diverge).

Nanaki is your typical serious character who doesn’t like to show his emotions much. He has a quick temper, but he can’t completely hide his kind heart which shows through his actions and how he mothers his group of friends. From the moment he was born has the ability to see things that are hidden from normal people.

END_OF_DOCUMENT_TOKEN_TO_BE_REPLACED 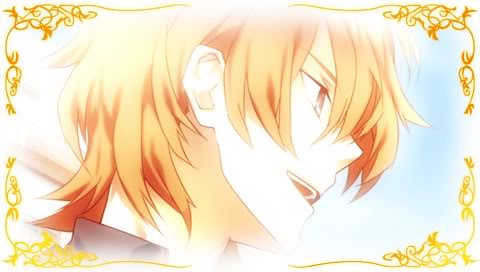 Hinase is a complicated character. He is an extraordinary liar and charmer and it’s hard for others to know what he’s truly thinking, but he always has a smile for everyone and never really gets angry. He likes to flirt gently with Sayo but his soft and caring voice hides a darker side of his personality; a more devilish, teasing, and seductive side.

END_OF_DOCUMENT_TOKEN_TO_BE_REPLACED

Suzuya is the mature one out of all three men and cares a lot about Tsukiko. He knows how to cook and rarely shows his true feelings, instead he likes to mask them with his gentle smiles. In his route, Tsukiko is a really dense and oblivious girl who keeps dropping the dreaded “friend” word.

END_OF_DOCUMENT_TOKEN_TO_BE_REPLACED

Yoh is the kind of character who has a rough past, but finds a haven in Tsukiko who offers him friendship. Because of her acceptance of him in childhood she becomes his whole world. In his route, Tsukiko is still a dense heroine who has no clue about her own feelings, but it’s even worse because Yoh is making it really obvious that he likes her.

END_OF_DOCUMENT_TOKEN_TO_BE_REPLACED

Kanata is 100% tsundere. He clearly has feelings for Tsukiko but is unable to express them and covers up any of his romantic or sweet words by telling her to forget about it. In his route, Tsukiko is an oblivious girl who doesn’t realize her feelings at all until the very end.